All rights for the amazing graphics reserved to RIVER OTTER POST, LLC 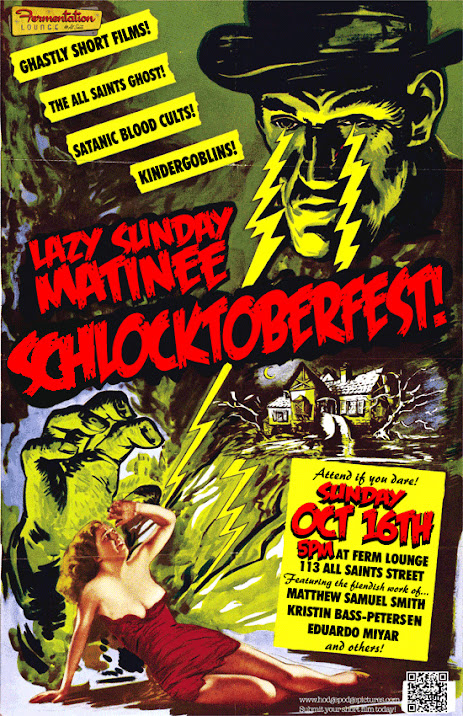 CALVIN PHILLIPS: A MAN OBSESSED WITH TIME screened at the

Fermentation Lounge on Sunday, October 16th.  What a great turn-out!

Many thanks to Hodge Podge Productions for organizing it.

Several short films were screened, ranging from "cult"-esque to documentaries.  Shout outs to F.C. Rabbath and Michael Samuel Smith and of course Edwardo Miyar!  For sure there is temendous fimmaking talent lurking in the Florida Panhandle. If it takes a gathering at a local watering hole to drag us out of our editing caves, then pour me another ginger beer and let's toast to our dreams!

Something that was especially appealng, and fair warning for the impending film-dork moment, was that the formats used to shoot and edit the short films ran the gamut of what was possible: 16mm to DSLRs.  Each provided their own stylized look, and it was a joy to see them back-to-back, giving the ability to truly appreciate them for their particular flare.

The Q&A session following the screening was loaded with great questions from the audience.  It was clear they were engaged in not only the storytelling but also curious to know about the process, from pre- through post-production.

Once again, thanks Hodge Podge, can't wait for next month's Lazy Sunday Matinee!

...except this one... This was created by a creative genius at HodgePodge!